So I watched Basketball yesterday. I am not a fan, but when my team plays, especially with the USA team – I’m all in.

I could say that long long time ago, basketball was lithuanias second religion. I’m not sure if it still is. Well, maybe, when we play at world or european championship:)

I can say that first two quarters went quite well, our team even moved their asses, but right about when the third quarter ended – I decided to go to sleep. But still, we will play for a medal on saturday, which is nice:)

Ah, and during the game my friend ate too much food and said “I ate so much I don’t even want to smoke”. 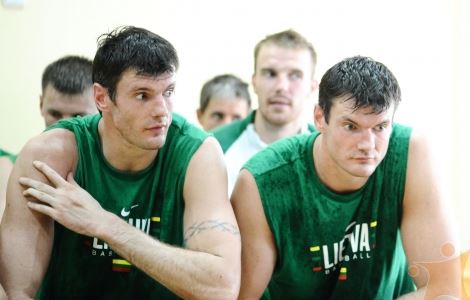