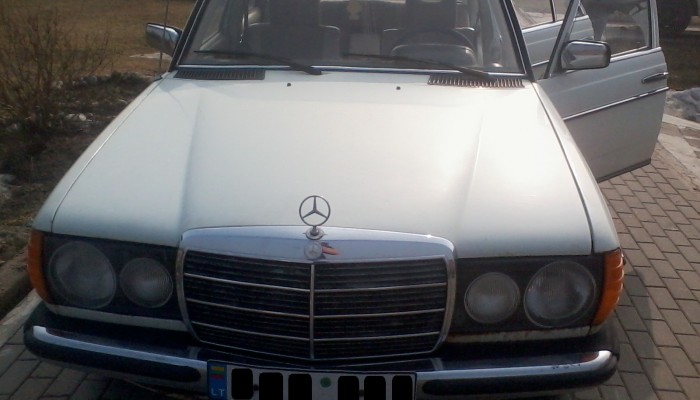 This is a day then i decided to post about how i am “building” myself a car.
Actually i am not building it from scratch :d it is just how  i call all this process.

I will make a series of posts about how i have bought old car and how i am preparing it for my daily use.

This is the first one: History

The reason of baying old car and restoring one, goes deep in my history of car ownership. All I was driving, was old crap cars from early 90′s. I will not go in to details about all cars i have had. (maybe will do separate post about that). All those old cars had two things in common: First one is that they allays broke down. Second that they ware not worth investing and fixing properly.

One day i understood that i need a better car. I think it happened then my car broke once again. that’s it - I thought.
I know that I need better car and for longer time. The one that is worth investing and that I would feel good in. The car that did not broke each second day. But there was one little problem: I wanted to spend as litte as 3000eur and preferably in parts over some time. So i started looking.

As you may or may not know, but i live in Lithuania. (For not native readers you can check about Lithuania on wiki here.)
We have two major websites for used cars in Lithuania: http://auto.plius.lt and http://www.autogidas.lt. I have tried searching something under 3000eur. I wanted car to be as new as possible. Basically what i have found ware WV Golf’s, Audi’s, BMW’s, all at least 10 years old. OK, some of them are pretty decent cars, but still old, and mostly unrealable. Other thing is that there are hundredths of old WV Golf’s, Audi’s and BMW’s around. I wanted something at least a little different.

Then it came to my mind that i have to do opposite of what i was doing before. I have to search as cheep as possible and as old as possible. You might ask why? And the answer to this question is the reason why I am “building” myself a car. I think that better way to go is to buy some old classic car, restore it and use it in every day life. I do believe that cars made in 70′s -80′s ware made to last, some parts are still available, and there are some realy skillful old-timer mechanics who can fix every thing.

After quick search for cars up to 1980 i have found what i can, and want to have. It is Mercedes-benz W123 from 1979.
It is classic car made in Germany, in those days then car manufacturers did made cars to last. More about this car you can read from wiki hare.